Be Astonished! For a Reimagined World View 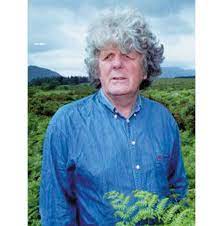 During these Easter weeks the liturgy draws from Acts of the Apostles and John’s version of the multiplication of the loaves.  A reflection follows.

Paul underwent a crisis.  His zeal was burned in a furnace recast in the space of one incident when he fell to the ground blinded by light.  A stranger came to him, sent by God, who blessed and baptized him. From then on Paul’s mission was to reimagine the Good Friday/Easter event, ever expanding mankind’s understanding, and preaching it to the whole world.  He first retreated in the desert of Arabia.

We are undergoing a crisis says Pope Francis in his opening page to the marvelous book he wrote during this year called Let Us Dream.  He sees this time of the covid pandemic as a reckoning when we are sifted.  We come out better or worse, but not the same.  We can grow bitter and desulatory.  Or we can at the end of our tether beg for help from beyond ourselves.  From the Overflow, as Pope Francis calls grace.  We are undergoing a kiln of fire, being tested.  We have to choose; we are forced to reveal ourselves in this fire of testing.

Paul was defeated.  In a way Jesus’s disciples were defeated when Jesus asked them to eat his Body and Blood to be readied for eternal life.  They were astonished at such an outrageous proposal!  Most of them went away unless they could draw on a fresh inspiration.

We are defeated all the time.  What is the life of the monk?  Rising and falling.  Whenever we blunder we’re defeated and need a new point of view to encourage, challenge and sustain us.  We grow.  We rise.  And we fall again.  And so our levels of being are deepened and expanded.

We need to be defeated and astonished so that we can re-imagine the good news.  Seamus Heaney says “Whatever is given can always be reimagined.”

One who excelled at re-imagining was John Moriarty, the Irish genius who studied philosophically world myths and religions, even evolution. He baptized himself into nature—put all his belief is the order of nature—and he was defeated. “God called my bluff,” he said.  He lost his bearings and he nearly lost his psyche. After prolonged darkness and searching he prayed, “Lord, I don’t know you, I can’t find you, but I still want to be your servant.”  I am on my knees. Gradually after consulting the Carmelites, after years of quiet listening and reflecting, studying and praying, living close to nature, and working in nature, he became so astonished that he realized we need the protection of religion to shield our nakedness.

Moriarity recognized that through story we devise ways of living bearably in time. A great story can shelter us. No story is ever big enough. We need rituals for tapping into another world’s well.  The sacraments are like breathing-holes for seals in the ice– to breathe  in transcendence.  The sacraments shelter us against what otherwise may be an uninsulated and wholly incinerating encounter with the living God.  John believed that if we were really attentive every bush would be the burning bush; we ned to be astonished and amazed.

The culture and the Church are moving into a new era. Still, we Christians are commissioned: “Go out to all the world and tell the good news.”  But can we even hear the good news?  Have we stopped to be still enough to be amazed? The more still we are the more amazed.

Yes, the form of religion that we are accustomed to is truly ‘dying off’. The history of Christianity consists of periods of crisis and periods of renewal; the only religion that is really dead is one that does not undergo change.”  The Night of the Confessor, p.8.

In the next five years the Irish bishops are calling for an all-Ireland synod and they will be asking us for ideas.  In the next two years there will be a priest’s synod in Rome.

No one is listening we complain.  But why are we afraid of defeat when Christianity is based on a victory by way of an absurd defeat?  Why are we so afraid of our own defeats?  Isn’t God speaking to us through these realities?

These are some fragments of thoughts on the value of defeat—that if all goes well becomes astonishment that propels us into another realm where we can re-imagine our vision of reality for ourselves, for our Church, for all the world.

9 thoughts on “Be Astonished! For a Reimagined World View”