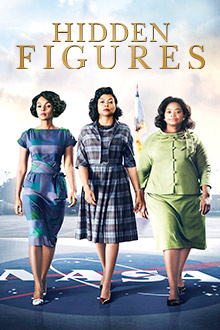 An inspiring film portraying the level of humanity that can be reached by ordinary people.

I saw a very inspiring film at the weekend called ‘Hidden Figures’. It’s based on a true story. Basically its about 3 African woman who worked at NASA in the 1950s-time of male dominance and coloured segregation-but despite this, due to their level of ability and intelligence, they were instrumental in these ‘barriers’ being broken down at NASA. It’s very inspiring and again is another film portraying the level of humanity that can be reached by ordinary people. Here is a link to one of the ladies who film is based on, Katherine Johnson. I’d highly recommend it….and it’s ‘violence and sex-free’ which is unusual these days for films!